With my birthday rapidly approaching, I realized it was that sacred time again in which I get to pick out my traditional “gift-to-me item.” This year, I 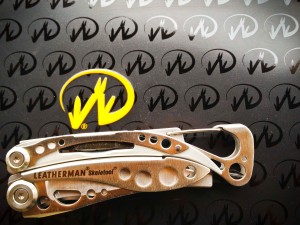 decided I needed more firepower in my pocket. For the last two years, I have carried a Spyderco folding pocket knife as my utility tool of choice. While it served it’s purpose gallantly, it was clearly time for an upgrade. After a bit of research and some quality time with amazon.com, I decided on the Leatherman Skeletool (pictured right). The text that follows is my first impressions and use review after five days of regular carry.

Whether it’s your birthday, a holiday, or just a day that you feel you should do something nice for you, do yourself a favor and go pick this little hotrod up. You won’t be sorry (You may actually catch yourself searching for an excuse to pull it out of your pocket.

What This Site is, and What it is Not

Turn on a television, radio, or computer and a bombardment of crisis will ensue. Europe is on the brink of financial collapse. The middle East is in a constant state of social unrest. Leaders are getting overthrown. Blood runs down the streets like rainwater as protesters are slaughtered by dictators, trying to maintain loyalty the only way they know how. Israel is threatening to attack Iran. The US economy is floundering

like a fish washed up on a rocky shore, gasping for air and barely clinging to life. And if all of that wasn’t enough, soon it will be December 21st, at which time the sky will come crashing down, the sun will cease to shine, and zombies will come to feast on our souls.

With all that is happening around us, it’s no wonder that people are beginning to prepare for the worst. Reminiscent of Cold War days past, Americans are building shelters, hoarding food, and arming themselves for the apocalypse. What was once considered absurdity is now finding its way into mainstream media. Survival shows and preparedness programs such as Doomsday Preppers and Man Vs. Wild are more popular than American Idol. People are preparing for and expecting the worst. That’s not what this site is about.

This site is about doing the things that enrich our lives. It’s about getting up off our butts, going outside, shootings guns, going backpacking, hunting, fishing, practicing bushcraft and enjoying what nature has to offer. It’s about fire-roasted, still steaming hotdogs on a stick. It’s about giving your friends and family an experience greater than all the money in the world could buy, and not spending a penny on it. It’s about doing what we love, and if one day, the information you learn here happens to save your life from a hoard of charging zombies…you’re welcome.